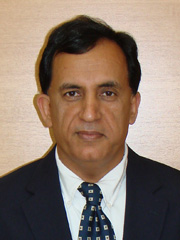 Let me thank Knowledge for Development Partnership to give me an opportunity to express my views on the Agenda Knowledge for Development. In the ‘World Development Report 1998/99’, the World Bank had made many significant statements asserting the relationship between knowledge and development. It asserted that ‘knowledge is the key to development’ and that, ‘the balance between knowledge and (other) resources has shifted so far towards knowledge that it has become the most important factor determining the standard of living more than land, labour or tools’.   Eighteen years later, these statements are as valid as they were at that time. However, the manifestation of knowledge has undergone a major transformation in the intervening years. The advances in information technology have led to the creation of Artificial Intelligence, Machine Learning, Internet of Things, Social Media, Analytics and Mobile Eco-systems, etc. for creating, storing, sharing and expressing knowledge in various forms. Knowledge is now virtually at the fingertips of any one and every one and it continues to dominate all other factors of production.

Another transformational change over the years is the emergence of the concept of smart cities and knowledge cities. Focus on cities is a natural outcome of the phenomenon of rapid urbanization, since the cities have become the major engines of economic growth of countries. The protagonists of smart cities dwell upon the adoption of knowledge created through new forms of information technology mentioned above to create intelligent urban infrastructure in various domains thereby enabling highly energy efficient resource utilization and enhancing quality of life. The concept of knowledge cities on the other hand is more holistic as it not only considers urban infrastructure as important, it also seeks a harmonious balance among all capitals of the city, such that the cities become the instruments for knowledge-based development.

A new thought process that has now started emerging is created out of the potential of blending the concepts of knowledge cities and the smart cities, and recognition of the fact that rural segments of the world population will continue to be significant targets of knowledge-based development. This has led to the concept of ‘smart knowledge habitats’, which would seamlessly address the development needs of all sections of society, focus on inclusive growth and use knowledge in all its forms including that generated through technology which injects smartness into knowledge-based development.

It is heartening to note that Agenda Knowledge for Development aims at addressing these issues by explicitly formulating goals to this effect. The Goals of ‘knowledge cities and rural-urban linkages’, and ‘information and communication technologies for all’ reflect these aspirations.