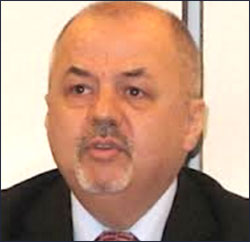 The 2030 Agenda for Sustainable Development is the most ambitious and comprehensive document adopted by the United Nations after the Universal Declaration of Human Rights. It is conceived as an unprecedented expression of multilateral, integrative and transdisciplinary work. A new underlying approach is expected to operate in its implementation. While the Millennium Development Goals were a collection of separate objectives, the 2030 Agenda intends to be universal and indivisible. It aims at bringing together the three main pillars of the United Nations: peace and security, development and human rights. It aspires to determine about 65 United Nations entities to move away from fragmentation, duplication and working in silos. As all Member States are committed to implement the 2030 Agenda, the United Nations system is also expected to fuel more collaborative patterns and synergies at national level. The bar being raised that high, it appears that knowledge can play the role of ultimate federative factor of the 17 goals and 169 targets. Knowledge is the main connector among United Nations Charter organs, specialized agencies, funds and programmes, and the multitude of non-state stakeholders.

Knowledge is the common denominator of all mandates and actions by the United Nations, which goes beyond thematic and geographic borders. More than goods, services and capital, knowledge is what fuels the dynamics of our globalized and interdependent world. The United Nations system is the generator and disseminator of a special kind of knowledge, one based on values, solidarity and social justice. It was knowledge about all potentially conflicting spheres of interaction that made possible cooperation among Member States, irrespective of their size and location, in so many areas of high complexity and diversity: from the outer space to the highs seas, from communications to trade, from health to intellectual property, to name but a few. It was the dissemination of knowledge about human dignity that built the authority and the comprehensiveness of the United Nations’ core treaties on human rights. It was the United Nations that has gradually enhanced awareness of our interest to systematically protect the natural environment, at a time when many governments were busy making nature yield to their will. It was based on dissemination of knowledge that, after long years of stubbornness, governments across the world accepted the reality of climate change and the responsibility they have in taking immediate action to stop a suicidal trend. If the new approach on the Sustainable Development Goals implies building bridges between so many protagonists and areas of interest, knowledge is the raw material those bridges are made of. Knowledge means lessons learned from the past and also new ideas and concepts.

The United Nations is not just an honest broker and facilitator among donors and recipients of development assistance. It is not just a conveyor belt of financial resources from the developed to the developing world. As a promoter of development cooperation, the United Nations is a disseminator of knowledge. Impressed as we are by the new approach on development, we should remind ourselves that the vision on development that the United Nations’ recommends with the new agenda is built upon knowledge generated and acquired over its entire existence. This past is not confined to the 15 years’ rule of the Millennium Development Goals. We should not forget the 1950s, when the United Nations laid the foundation of unprecedented thinking and practice on development by producing, with the help of Nobel laureates, landmark reports, among which the famous ‘Measures for the economic development of undeveloped countries’ and by institutionalizing a new brand of technical assistance. Or the 1960s, with the launching of the first United Nations’ Decade on Development; or even the unsuccessful attempt to impose a New International Economic Order in the 1970s. The United Nations had also its own times of hesitation, with the emergence of the Washington Consensus that challenged what seemed to be the traditional United Nations’ conceptual stand. Add to these avatars, its time of hyper-optimism in the 1990s with the advent of a human dimension of development and the accompanying plethora of UN World Summits which placed global issues among the priorities of all responsible governments. It is that institutional knowledge that needs to be better valorised. The use of financial resources without value-based knowledge is waste.

The development of technologies without human-centred contents is meaningless. To be more than a good concept, the 2030 Sustainable Development Goals need indeed the active mobilization of knowledge generated and shared in the service of global public goods by the United Nations’ system and other international organizations, governments, the private sector, civil society organizations, and academia. From this perspective, the dynamic knowledge partnership that is proposed by Knowledge Management Austria is a timely initiative with the potential to generate and develop additional renewable intellectual energies for the 2030 Sustainable Development Goals’ Agenda.