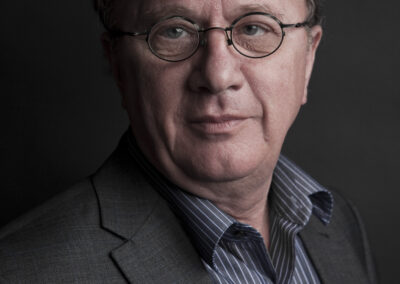 All my professional life I have been working in Academia, in fact in the same university where I arrived as a student in 1970. All those working years I have, via my university’s authorities, been paid by the Ministry of Education of the Netherlands. Of course, I have done consultancies and commissioned research for our Ministry of Foreign Affairs, for the European Commission, for all the major private aid organizations of the Netherlands, for our Scientific Council for Government Policy, for the National Advisory Council for Development Cooperation, thus mostly paid by public authorities to my university. It thus shouldn’t be strange that I consider most of my work as a Public Good, and since I have been working most of my professional life up till now on development cooperation in its broadest sense, I consider it to be a Global Public Good. I know that it is non-rival, one of the two properties of a public good, since many students have consumed my knowledge and research, as many readers and, since my memory still functions quite well, my knowledge has not been reduced due to all this consumption. I fear however, that part of the knowledge I have produced is excludable.

The Office of Development Studies of UNDP, led at that time by Inge Kaul, deserves all the praise for inciting the discussion on Global Public Goods. Unfortunately, the discussion in the four volumes of papers it produced, picked up some discussion in Sweden and France, but since then seem to have petered out. Still, in the first volume there was an article by Joe Stiglitz on knowledge as a public good, admitting the non-rivalrousness of knowledge as a (global) public good, but discussing its non-excludability. This seems logical in a world of patents and royalties (dealt with in a paper in the third volume), but not in ‘knowledge for development’, our knowledge on what development is, what it should be, how institutions function, what programmes and projects create success.

I see two major problems here. (I could, of course, add several others). By far the most important is global knowledge for health. In a world ruled by patents and huge profits by international companies, but still also largely financed by public funds through university laboratories and combined research by public and private institutions, many doctors and patients are excluded through high costs from access to knowledge and drugs, as Thomas Pogge has eloquently discussed.

Second, also my publications are sometimes in private hands and excludable. International publishing companies, who have built all their properties on the combined production of global academia, make (global) knowledge excludable by high access rates. The Association of Dutch Universities (VSNU) is in the forefront of ‘open access’ for our (and thus also mine) publications. But, as for health, we need definitely, a combined international effort by international organizations, national governments and academia to make knowledge a pure Global Public Good.