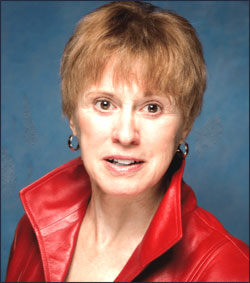 I want to propose what may seem to some a radical goal for the international development agenda: The most impactful way for knowledge to serve development is for every successful, local, intervention to ‘Pay it Forward’ to another facility or region. For example a team in a region that has reduced HIV, ‘Pays it Forward’ by taking what it has learned to another region to help that region accomplish what the originating team has learned to do. A city that has successfully reduced e-coli in its water ‘Pays it Forward’ by sending a team to a sister city where the water is still causing disease.

Moreover, the act of calling on that tacit knowledge, strengthens and sustains that knowledge within the originators. ‘We learn when we teach.’ Agencies, foundations and NGOs can support ‘Paying it Forward’ by providing enough funding to pay for the time and travel of the originators to work with another facility or region. And technical assisters can help by identify sites that need the knowledge the originators have gained. There is a lot of talk a lot about South-to-South, but it is not South-to-South as long as the technical assisters take on the task of spread. It is empowering for implementers to put down the role of helpee and to take up the helper role. We actually already know a great deal about how to ‘Pay it Forward’ from regions that have twinned or groups who have conducted peer assists and site visits across regions and countries. We have learned through the use of positive deviance, as well. Transfer is the biggest challenge improvement projects face. The answer is to quit attempting to spread something that technical assisters can’t know enough about, rather to provide the financial support for those that accomplished the intervention to spread it.