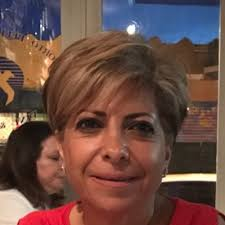 In October 2008, the Kingdom of Bahrain launched its comprehensive economic vision under the title of ‘The Economic Vision 2030 for Bahrain’. In it, Bahrain conveys that by the year 2030 its economy would be converted to a knowledge-based economy. A knowledge-based economy, or more commonly known as a knowledge economy, lies at the new frontline of economic theory and empirical analysis. Knowledge is now considered to have a crucial role in decision-making and regarded as a principal asset to individuals and organizations. In this new economy, knowledge has surfaced as a resource to be assessed, developed, and managed and is considered as a corporate asset.

Today, the significance of knowledge is valued by what it can generate and has become the main component of production. For Bahrain to pursue its journey in developing a knowledge economy, it has to construct environments capable of competitiveness, have high networking capabilities, encourage technology transfer, promote innovation, disseminate and absorb knowledge, and acquire skills. The creation of the right conditions for the development of this economy cannot be left to chance. For this transition to happen, a collaborative and organized plan is required to attract skilled human capital, foster local talent and create effective networks between all the entities of the society.

According to Shaikh Mohammed bin Rashid Al Maktoum, the ruler of Dubai, it is not the limitation of access to knowledge in the Arab world as much as it is the lack of knowledge, the absence of the right atmosphere for building it, and training the right personnel with the appropriate instruments to embrace it that are the barriers amongst the citizens of the Arab world.

Bahrain has a state of the art ICT infrastructure, but has to work hard in enabling this infrastructure to assess all sectors of its society to access the right global knowledge and localize it so as to drive innovation, which is one of the major pillars pushing knowledge economy forward. For this reason, Bahrain can highly benefit from the Agenda Knowledge for Development as a valuable resource, which recognizes that knowledge and its application are facilitators for development and progress. We will continue to follow this work, collaborate with the stakeholders of the Agenda Knowledge for Development, and share with them Bahrain’s journey towards developing a knowledge economy.