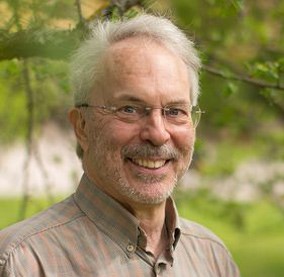 ‘Knowledge is power’ remains a popular slogan in education and beyond. It aims to motivate learners to acquire knowledge and to apply it for own gains. But while knowledge can be liberating and emancipatory, it can also be oppressive and intimidating. We always need to be aware of who uses which kind of knowledge for which interests and purposes. The Agenda Knowledge for Development must interrogate the implications: which knowledge for which development? Like development, knowledge is not neutral. Nor is it value-free. We therefore cannot uncritically affirm and praise knowledge production as a relevant aspect of and contribution to development without examining the nature and intention of both, the knowledge created and applied as well as the concept and meaning of development.

This also requires that we must (self-)critically explore and question the conditions, forms, substance and likely impact of the knowledge produced. The starting point should not be the result of knowledge production, but the process of producing knowledge. Our hierarchical world is characterized by structural asymmetries as an integral part of the reproduction of societies and institutions. These are structures of power and interest, but also of contestation. Which ‘Knowledge for Development’ do we want to be part of and what are our visions? We should always be careful and cautious when ‘universal knowledge’ in the singular is the reference point, rather than the pluriversality of knowledges (cf. Mignolo).

In striking contrast, ‘dataism’ pretends to be a revolutionary way of producing knowledge. It reduces organisms to a level of algorithms (cf. Yuval Noah Harari). This forces us to reappraise knowledge and knowledge production as a process, which involves human interaction on the basis of respect and recognition of ‘otherness’. By standardizing life on earth as data generating object for decision-making processes, we sacrifice knowledge in other forms, influenced by empathy, social justice and related motives – such as solidarity. If knowledge is not any longer a combination of the multiplicity of experiences but reduced to data processing, then the Agenda Knowledge for Development becomes part of a problem instead of contributing to a solution.

What we need is to engage in knowledge and development for all as a process of mutual understanding in search of a common future beyond the Anthropocene. An inter-generational social contract, which seeks to honour and respect the dignity of all life on earth. EADI serves as an umbrella body, a facilitator and forum for exchanges, initiating and enhancing such debates and commitments.