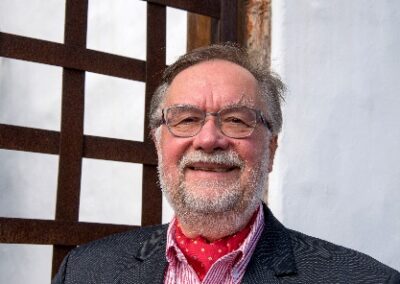 Member of KM-A, co-founder of the New Club of Paris and former CEO of the Austrian Institute of Technology (AIT)

In my ‘former life’ as a computer scientist and software engineering manager, I was constantly confronted with the question of how intellectual processes, such as designing ‘immaterial realities’ through software, can be optimized. It was then, now some 30 years ago, that I learned about knowledge management, then also meeting some colleagues from the economics domain who engaged in identifying the value of the so called intangible assets of an organization, first hand its intellectual capital. Intellectual Capital Reporting (ICR) then became a discipline of its own. Luckily I was in a position first time to introduce and apply ICR in a research organization which I headed, thus pioneering what became later known as ‘Wissensbilanzierung’ in the German speaking countries. In Austria, ICR after the model which I co-invented, even became a legal issue for all its universities and research organizations being considered as knowledge institutions. In the economic world, ICR denotes a process of creating a story that shows how an enterprise creates value for its customers by developing and using its Intellectual Capital (IC). This involves identifying, measuring, and reporting its Intellectual Capital, as well as constructing a coherent presentation of how the enterprise uses its knowledge resources. In concrete implementation of this objective, a report of the organization’s Intellectual Capital combines indicator-based numbers with narratives and visualizations. The main idea behind IC Reporting is that financial information informs about the past performance of the enterprise but tells nothing about its future potential.

The future potential of an enterprise lies not only within its financial capital but at more than 50% – some experts even from the auditing community claim up to 75% – in its Intellectual Capital. Creating transparency about the enterprise’s IC will enable it to manage its intangible resources better, increase its staff’s confidence and motivation, as well as imparting greater certainty to investors and other stakeholders about its future earnings potential. Although Intellectual Capital Reporting has been applied first hand in German speaking SMEs by a method called ‘Wissensbilanz’ (the direct translation might be ‘knowledge balance sheet’) applying it in some thousand cases, it has remained exclusive when compared to the Balanced Scorecard (BSC) approach. The reason is simple: BSC translates the different dimensions of a company’s strategy into concrete and quantitative forecast objectives which can be given to each responsible manager in terms of a scorecard to be fulfilled, whereas IC reporting and conduct requires a more self-responsible, intelligent interpretation, you may call it a political agenda. For this reason, the ‘standard model’ of ICR analysing the human capital, structural capital and relational capital turned out to be as applicable to other organizations, such as public bodies and administrations, cities, regions, countries and communities.

One driving association in this development was and still is the New Club of Paris, which I co-funded, the main mission of which is to support the setting of knowledge agendas, for example by preparing knowledge policies for countries developing towards knowledge countries. This momentum lead to an expansion of methodologies in identifying the knowledge capital of a country, a community or even the society. Today, the Agenda Knowledge for Development, as worked out by a team under the chairmanship of the Austrian KMA association and its director and my cooperation partner Andreas Brandner, is a mature result of many years of studying and experimenting with knowledge management methodologies, thereby supporting the growing insight that knowledge makes the difference in societal progress. The Agenda Knowledge for Development has been drafted with the Sustainable Development Goals (SDGs) in mind, in the strong belief that knowledge of knowledge methodologies is one of the key competences needed for achieving the 17 goals.