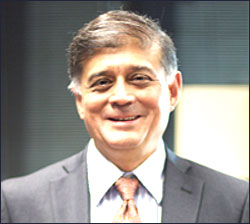 That Knowledge constitutes the most important basis for development is a widely held proposition, one often introduced in political discourse. The millenary idea of associating human improvement to the individual and collective knowledge base gained momentum over the turn of the Century with the emergence of the so-called Knowledge Economies and Societies. However, very few policies and development programmes around the world have been up to now deliberately and competently grounded on Knowledge-based Development (KBD). This may be due to two reasons: a limited understanding of the leveraging potential of knowledge for human activity systems and the lack of political capacity to carry through the changes required to capitalize on such potential. Whereas ‘knowledge-based’ is most often understood as intensive in factors such as science, technology, innovation, digital infrastructure, education and highly-skilled human capital, this is proving insufficient to deal with the complex challenges that societies and mankind as a whole are confronting today.

Beyond productivity and growth – now stalling in an unprecedented way – social and environmental unbalances seem to be expanding and the viability of the global ecosystem seriously impaired. Paradoxically, the transformational potential of knowledge-based value creation remains largely untapped. This is precisely because it entails a different value dynamics than the one received through the industrial mind-set. Knowledge for Development cannot be simply an acceleration of the same value system. KBD requires both an understanding of the unique creative potential of symbolic experience and a bet on the possibility for humans to evolve into self-conscious and self-regulated societies. A new economic culture based not merely on the accumulation of stock, but on the dynamic balance of all major valuable elements for the viability of planetary ecosystems, KBD implies qualitative growth. Hence, advancing the Agenda Knowledge for Development involves a redefinition of both sides of the equation: the capital base upon which working agents operate as well as the dimensions of viable improvement regarded as their purpose. Discovering what these are and how they systemically interrelate opens up a richer and more encouraging possibility. Acknowledging that the KBD agenda is still sketchy and that its true potential has been only rudimentarily grasped is a precondition to engaging in the kind of human effort required to take it forward. To the extent that we realize our current ignorance, we might be setting the grounds for a more profound transformation and perhaps opening the possibility to a different and viable human presence on Earth.