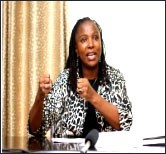 The foundation to accomplish the ambitious 2030 Sustainable Development Goal (SDGs) lies in citizens’ full participation. The development community should aim at investing in community knowledge hubs, as a physical resource centre and community’s ‘own resource persons’. Community resource persons who understand their living environment have a vision for the desired change and capacity to rally both right holders and duty bearers towards meeting their priority needs and aspirations. Growing up in a rural village (Kenya) in the 1970s, we had researchers who periodically collected data on average household income, number of members in a household, school attendance, economic activities etc. Sadly, we had little knowledge on what these data meant to our advancement. Today, these data rest in shelves with minimal impact on individuals and families. Ironically, the number of pupils in some primary schools has decreased, despite the growing population. Land sub division has risen with decreased agricultural activities. Insecurity and unemployment has pushed the majority of the literate residents to cities and towns. I am convinced that these data collected in the 1970s could have helped us to plan and prepare for the emerging trends of the 1980s, the 1990s and post millennium. This scenario is the same for many villages in developing countries around the world. It is an affirmation that not enough has happened to transform well-being of people living in poverty, despite the massive demographic data that continue to be collected and the hefty development resources deployed to do so. While the involvement of local communities in development is growing, this engagement could be termed superficial. It is hardly beyond communities responding to surveys and/or playing audience in adhoc public forums. Existing community information centres are not systematic and often delinked to the overall development goal. Empowering local communities to participate in the knowledge creation and use, contributes to ‘Leave No One Behind’ principle of the SDGs. The Knowledge for Development Community has an opportunity to establish Community Knowledge Hubs that ensure members of community collect, analyse, interpret and package data. Further, use the knowledge gained to drive demand for accountability and inform plans, programmes and budgeting. GROOTS Kenya attempts to establish knowledge hubs provides evidence that community led generation and management of information is strategic for human advancement.

Early 2000, women led organised communities tracked flow of resources intended to reduce the negative impacts of HIV/Aids. Using the data collected, home based care providers were able to drive demand for accountability on funds from governments and donors in Sub Saharan Africa which culminated to the World Health Organisations framework on Task Shifting. In addition, caregivers in partnership with International Centre Research on Women (ICRW) tracked the breadth and magnitude of disinheritance in their communities and used such locally generated knowledge to halt asset stripping among widows and orphans. These local knowledge informed state governance frameworks including Kenya National Land policy (2009) and Kenya National Aids Strategic Action Plan (2004-2009). Upscaling community knowledge hubs is the power to unlock equitable and sustainable development for a better world for all. As often said, knowledge is power.