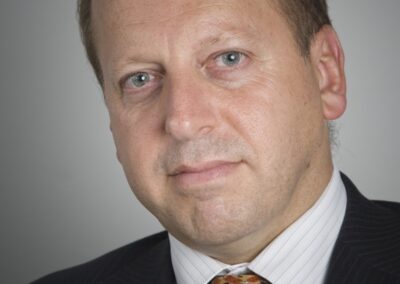 From an early age, I had great respect for the carving on the Temple of Apollo at Delphi: ‘γνωθι σεαυτον’. As a scholar of Classical Greek, I appreciated Socrates’ insistence that none of us know anything and that wisdom comes from being aware that our so-called ‘knowledge’ is frequently developed without any rational process. The subjectivity of the epistemological process was not called into question, simply the rationale. Years later, I started a career in IT and everything was about data. A decade later, in the year 2000, I first discovered the concept of Knowledge Management, which was described as the process of ensuring that the right information gets to the right person at the right time. Only a few years later, I realised that some people differentiated between Data, Information, Knowledge, and Wisdom and that there were multiple models, frequently in the shape of pyramids or ladders demonstrating their inter-relationships. Recently, thanks to a model developed by Pavel Kraus and Gil Regev, I have come full circle to consider that knowledge is a subjective and constructivist blend of perception, information, and experience. So how does that perspective on knowledge help support development?

Well, for a start, it could influence how we design and implement capacity-building programmes. If you want to teach a horse to drink the water that you have led him to, you might want to understand how the horse relates to the process of drinking, what he knows about various types and sources of water, and how he feels about being led. When we try to improve livelihoods, we are bringing change. It is all very well to have a clear vision of the end goal, as in the graphic below, but what do we know about the starting point? If you are coming from downtown Manhattan, your path to achieve the SDGs will be very different to the one you would take if you set out from the Darfur region or from a Rohingya village in Rakhine state.

So our development programmes must necessarily be tailored to the intended beneficiaries, their culture, and their existing knowledge, rather than assuming that a cookie-cutter, one-size-fits-all approach has any hope of succeeding. Not only must we bear in mind these cultural and perception differences at the level of the community, but also with respect to individuals. This may seem obvious, but if we remain actively aware that each individual around a conference table is not only bringing their institutional viewpoint, but that this official perspective is being coloured by the individual’s own constructivist worldview and understanding of the subject under discussion as well as its overall context, we can be more effective in building mutual understanding and consensus towards achieving specific goals.