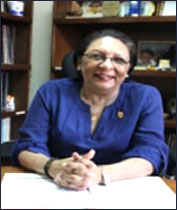 Over the last decades, the world has developed in an unparalleled way. Great technological innovations, especially in the field of communication and technology, have changed the relations between persons, peoples, nations and societies. Globalization has changed our world. New solutions for existing problems were found, but at the same time a series of problems were not solved and new problems have emerged. The main reason for this is that the evolution has been unequal. While in the North technological development was used to strengthen relations and to establish commercial and technical power and alliances, for the South the technological revolution implied higher levels of dependence and less autonomy. Knowledge from the North defines human development in the world more and more, the South determines its own development less and less. Knowledge – enhanced by new technologies – has been transformed into a powerful instrument of domination. It is clear that we have to find new paths in order to use knowledge in a universal manner and to reduce the gaps between rich and poor, powerful and powerless, if we really want our earth to be a home for everyone. Universities – in the North and South – have to play an important role in the process of seeking for alternative ways of managing knowledge in order to assure that universal knowledge becomes a catalyst for building more inclusive and just societies. It is essential to strengthen human capital so that it can generate new intellectual capital, leading to alternative solutions for problems affecting humankind. But in order to forge this human capital, it is imperative to know the problems and how they affect different sections of the population, as well as to embrace alternatives that break paradigms. It is also imperative that knowledge, created, collected and recovered in universities and institutions of higher education, is used to solve universal problems and not to increase the gaps in power and wealth.

To achieve this, we have to strengthen bonds and alliances between educational centres in the North and South in order to develop capacities oriented to face present day challenges. The North has the potential to contribute with research methodologies and instruments and to pass on acquired knowledge; while the South should create capacities to introduce these elements in its research and teaching processes. At the same time, research instruments which have been developed in the South have to be fostered and strengthened, validated and recognized. Most essential, research and teaching processes have to focus on the real problems, and the knowledge gained has to be used to solve problems faced by the vast majority of the global population. Adaption to climate change in food production; water management; energy use for human development; reduction of gaps in education, health and social care; widespread violence, especially against women, are some examples of real challenges to be faced in order to meet the needs of the populations of the South.

The relation between poverty and the fragility of our planet call for new models of economy and progress, envisioning a new way of life. We think that universities have to contribute to the development of alternatives for a fair and good life for everyone on our planet Earth. Their knowledge and research needs to be put at the service of the most vulnerable populations, excluded populations and populations at risk. Only in this way, universities can really fulfil the commitment we made by adopting the SDGs.