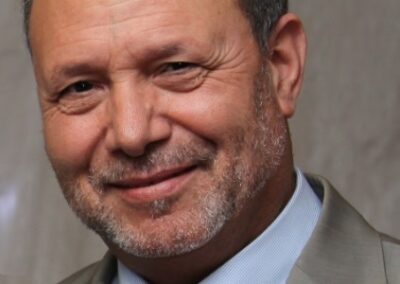 Chairman and founder of the Maghreb Technology (MAGHTECH) network, former Dean of the faculty of Economics of Oran University, Algeria

In African countries the fundamental ingredients in terms of sustainable knowledge for sustainable development remain often missing in the face of newly opened economies, and increasing competitive pressures.  This raises the questions of the opportunity of insuring sustainable development while the knowledge base remains rather weak and policies often short-sighted. Sustainability of growth rests fundamentally on the capability of properly harnessing knowledge and properly setting up working innovation systems. In other words, sustainable knowledge remains paramount to sustainable development. The critical resources become both fundamental and practical knowledge, local entrepreneurial dynamism and trust. It is quite clear that all components of knowledge systems have to be replaced within that specific context of under development. Current endogenous capabilities of African countries depend very much on the extent to which they have access to advanced knowledge and can participate into the reproduction and production of the needed knowledge throughout generations, not neglecting their own endogenous knowledge capital. For that, complete and fully operational innovation systems appear as one of major conditions for sustainability. Innovation systems that are complete, mature and properly governed backed by properly harnessed and constantly upgraded ICT capabilities and full mobilization of the enormous human potential Africa has both domestically and abroad. This is also one of the conditions to make it possible for Africa to achieve SDGs and particularly SDG9 on infrastructure, industry and innovation.

Our network, the MAGHTECH (Maghtech.org), the largest and oldest network on the issue of putting science, technology, innovation to development (STI) in the North African region has been active in promoting these ideas for more than 20 years in the countries of the region (Algeria, Tunisia, Morocco, Mauritania and Libya). We started as early as the 1970s by examining the issues raised by knowledge transfer from the North to the South taking countries of the region as an example. Some of the countries had started their industrialization process and it became clear that the way they were going about it was not sustainable. They ended up with large industrial units and complexes without the necessary technological capabilities and knowledge to properly maintain them and to reproduce even the most simple parts. Subsequent work has shown that diffusion of knowledge to other sectors remained week if non-existent and they remained totally dependent on foreign knowledge for the renewal of these outlets when they became obsolescent. These last two decades when innovation became a key element for competition our work has highlighted the important gap they suffer from in terms of knowledge: they are still heavily dependent on knowledge produced elsewhere, hence the need to think in terms of sustainable knowledge.